The types of services that Hutton, Kruse & Fink provides are flexible and can be tailored to your specific needs. We have experience dealing with varying types of businesses including C-Corporations, S-Corporations, Partnerships, and Sole Proprietorships. 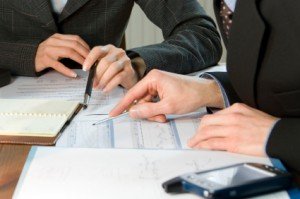 The most common industries that we deal with are:

Our typical analyses consist of:

Following are examples of litigation and special investigation matters for which our professionals have provided analyses that served to resolve the outcomes:

A tea Import Company sustained damage to its inventory. The company claimed damages in excess of $1.1 million. We were hired to prepare a forensic analysis of the company’s financial records. We calculated damages of $275,000. The file settled out of court for $300,000.

Theft of Equipment and Supplies

A landscape company claimed a theft of equipment and supplies totaling $240,000. We were hired to evaluate the amount based on the books and records of the company and those of the owner. The company had three locations in two states. Our analysis did not support any damages. The company settled its claim out of court for $10,000.

A construction company had a fire that damaged all of its inventory and supplies. The company claimed damages totaling in excess of $350,000. We prepared a forensic analysis of the company’s financial records. We calculated damages of $140,000. The suit settled out of court for our calculated amount.

A dental practice suffered a computer crash of its practice management software. The backups did not work, with the most current workable backup being 14 months old. The practice claimed damages in excess of $700,000. We prepared a financial analysis that calculated lost practice income of $190, 000. The files settled in appraisal for $240,000.

A large scrap/recycling company had a severe fire that damaged the company’s entire inventory. The company claimed a loss in excess of $2.4 million. We performed an analysis of the financial records of the company and calculated an inventory loss of less than $700,000. The company accepted our analysis out of court.

We prepared an analysis of a claim submitted by a customizing auto detailing business for inventory theft. We concluded that documentation was insufficient to quantify a loss. An arbitration panel found in our client’s favor.

An electronics retailer filed a claim for a substantial amount of stolen inventory from the retailer. Our analysis concluded that the documentation provided did not support the amount claimed. The jury found in our client’s favor.

We documented thefts of cash and company assets by a member of management resulting in recovery from fidelity coverage and pending prosecution of the fraudster.

We consulted throughout the deposition of the theft suspects to provide the interrogating attorney instances where statements made by suspects were inconsistent with previously made statements by the witness, or another suspect or with company policy. The company recovered under the fidelity policy and suspects were prosecuted.

A homeowner had a house fire. The homeowner claimed damages of $275,000 to the dwelling and personal property damages (contents) of $300,000. We were hired to prepare a financial profile of the homeowner. The file went to trial and resulted in a verdict with no damages awarded.

We performed a financial motive profile of the owners of a home destroyed by arson and provided testimony in court which supported the successful denial of the homeowners’ claim for $525,000 in damages and the successful criminal prosecution of the arsonist.

A homeowner claimed that $1.2 million in artwork was stolen from his home. We reviewed documentation to present a financial profile of the homeowner. The case went to trial and the verdict came in with no damages awarded to the homeowner.

An entrepreneur had an accident at a hair salon, where she claimed that she later experienced extreme headaches that caused her to not be able to concentrate on her business and eventually the business failed. We analyzed historical information that indicated that each of her previous five businesses all failed in a manner similar to the business in question and that the reason revolved around expenditures made for the personal comfort and status of the business owner. The case never made it to court and the liability carrier paid no damages related o the business failure.